Can a Manglik Boy Marry a Non-Manglik Girl? Effects and Its Remedies 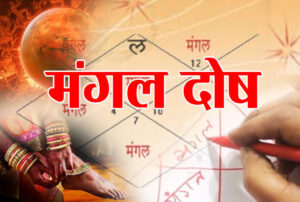 India is a vast country of religion and languages. About 79.8% of the population of India practices Hinduism as a religion. Due to that, most people believe in astrology. These people are very educated and respectful natives of the society and follow their righteousness with the utmost pride. Societal norms and customs are taken pretty seriously by the natives. People are so concerned about such a situation that is the marriage between the Manglik and non-Manglik. Before the wedding, Indian parents are worried about the matching of the birth charts of their children. Vast people here in India believe that it is a great omen and sign of a successful and happy married life if the couple’s chart has more matched stars.

Many natives are worried about dosha because they believe they have them in their birth charts. The most popular and feared dosh on the list is Manglik dosh. And per our ancestors, one topic that stands on the table for discussion is that a Manglik boy should marry a non-Manglik girl and the opposite. For years, people have been eagerly finding the solution to these doshas. Fear exists in society’s mind that what if a non-Manglik partner dies early after marrying a Manglik one. This fear is the root cause of many troubles.

Now the question arises can a Manglik boy marry a non-Manglik girl. Well, professionals in the astrology industry confess that there is no harm in the wedding alliance of a Manglik and non-Manglik. But it would be better if advice from the experts followed. According to society, couples might face separation, health issues, and death. Professionals lay the facts that being a Manglik means there is a strong influence of Mars in your birth chart. As Mars is a red planet or a hot planet, a Manglik better half might be a little aggressive, passionate, and have high energy levels. 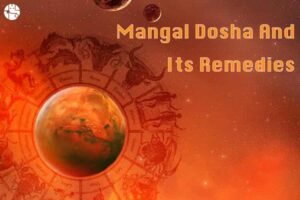 Some effects post-marriage of a Manglik and Non-Manglik

Astrologers say that Mars in the fourth house of the horoscope makes a person Manglik. Couples who share the same type and power of Mangal dosh can enter into a wedding alliance without causing much trouble around them. However, if one of the partners has Mangal dosh and the other does not have it. The situation gets alarming when one of the partners has high Mangal dosha while the other having low Mangaldosha. Many famous astrologers come forward and help people in this regard. They made them aware of all the benefits of astrology remedies. Interested parties should also focus on matching the other compatibility factors for a happy and successful marriage. It will ensure that the person with a strong influence of Mars with more passion & aggression marries the less passionate person and whose energy level is might not that high as that of the opposite life partner.