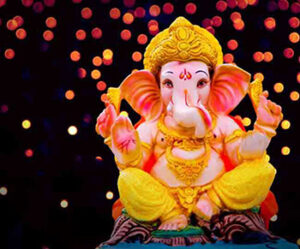 The amazing Ganesh Chaturthi festival commemorates the birth of Lord Ganesha. The famous Hindu elephant-headed God for his ability to remove obstacles and provide good fortune. There is competition between Local villages. They put up the largest and most impressive Ganesha statue and exhibition.

When do people celebrate Ganesh Chathurthi?

Depending on the lunar cycle, the celebration usually occurs in late August or early September. In the Hindu month of Bhadrapad, it is on the fourth day after the new moon. The event lasts ten days, with the highlight being Anant Chaturdashi, which takes place on the tenth day. The sculpture is immersed in water to break down to the clay from which it came. Discarding or smashing would be disrespectful. Artists construct some sculptures using the materials used in their construction to help the habitat in an ecosystem.

Which city is famous for celebrating Ganesh Chathurthi?

Maharashtra celebrates it as an official holiday. It began more than 125 years ago as a public festival in the city of Pune. The main goal was to gather individuals from various backgrounds and castes to unite them against British rule. The idol in Budhwar Peth’s Dagdusheth Halwai Ganpati temple is well-known and significant.

Mumbai is among the greatest places to visit during the festival. It takes place in a unique style at the Siddhivinayak temple. It is devoted to Lord Ganesha and is in the Prabhadevi neighborhood of south Mumbai.

The final day’s procession and immersion of the statues are spectacular!

Why is Ganesh Chathurthi Celebrated?

Devotees who pray to Ganesha will get their wants and desires. So, the fundamental point of Ganesh Chaturthi is that devotees who pray to Him are cleansed of their sins and guided down the road of enlightenment and understanding.

What happens during the ten days of Ganesh Chaturthi?

Ganesh is the Deity of the Arts and Sciences. The Deva of Wisdom and has 108 other names. Everyone worship him at the start of rituals and ceremonies as the God of Origins. People call him by the names Ganapati and Vinayaka.

The anticipation for Ganesh Chaturthi b 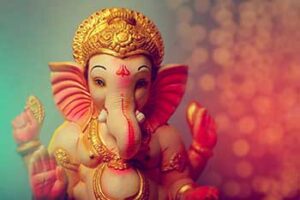 At homes, temples, and other locations, people keep Ganesha statues in designed ‘pandals.’ Flowers, garlands, and lights adorn the statue as well. A priest sings mantras to inspire life in the diety in a ritual known as Pranapratishhtha.

They pray to the idol of Ganesha in 16 distinct ways. Shhodashopachara is the name of this rite.

People sing or play religious music, dance to drum beats, and light fireworks. All of which contribute to the joyous atmosphere.

The Uttarpuja rite is conducted, which entails wishing Ganesha farewell. The GanpatiVisarjan ceremony follows, in which the figure pours in water. People usually chant in Marathi, “Ganapati Bappa Morya, Purchya Varshi Laukariya,”. It means “Good bye Lord, please come back next year,” while dragging the statue to the water and immersing it.

Some devotees spend the event at home. And others go to public pandals to pay their respects to Lord Ganesha. People pay Ganesha their respects, pray to him, and make offerings to him. People who worship Lord Ganesh make dishes like Modak, Pooran Poli, and Karanji For friends, relatives, and visitors.