How to Perform Vashikaran Puja and Mantra? What is Mohan Vashikaran?

Vashikaran is the merger of two words- 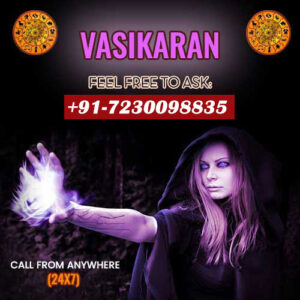 ‘Vash’ means control, and ‘karan’ means getting something done. The word ‘vashikaran’ can be derived from the Sanskrit word ‘vashikara’, meaning “gaining control” or “making someone captive to one’s will”.

Vashikaran, in layman’s terms, can be described as a ritual performed by chanting mantras to bring in someone’s soul, person, situation, or even an animal in control. In ancient times the use of vashikaran had many auspicious reasons, but in the modern world, it is only confined to attracting love. Hence, its substitute spell, “love spell”. Vashikaran can be seen practising occult and Vedic astrology.

The mantras used in vashikaran are not just confined to one single Mantra. Numerous captivation mantras are used when performing the vashikaran spell. The way of chanting the mantra is also different from each other. Depending on the situation and tradition the rituals may involve certain rituals like offering specific objects and food to the god associated. In some cases, one needs to recite the mantra for a particular number of times and a particular number of days. For some spells, one needs to bring objects that are owned by the person on whom vashikaran is to be done.

How to know if you are under vashikaran

One who is under the spell of vashikaran would lose his/her peace of mind, get irritated easily, and in worst cases might go into depression. One can feel the changes. They might feel drawn to a particular person and constantly trying to think of that particular person. After much study and research, the following common symptoms of mohan vashikaran can be seen in a person on whom the spell is performed-

If one experiences these symptoms of vashikaran, yet is unsure about it, they should consult an astrologer who would help detect the Vashikaran and help get rid of the spell.

How to break vashikaran 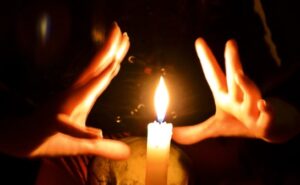 The spell can also be used for mischievous purposes that can take a toll on the life of that person. There are various remedies to break the spell as well. The remedies are termed Totkas. By performing the following vashikaran Puja and chanting the Mantra will surely help get rid of the vashikaran effect on the person.

One needs to have a photo of the person under the spell. Select a peaceful environment where there are minimal to no disturbances. The person who is performing the Puja needs to draw a circle with white chalk and place the photo in the circle. The next step is to take Kumkum and apply it on each part of the body in the photo along with chanting the vashikaran removal mantra.

The vashikaran removal Mantra is-

The next step is to sprinkle Gangajal over the photo. And the ritual is complete. In this manner, one can get rid of the vashikaran effect. It is to be kept in mind that not all vashikaran spells are of equal weight. Some may be more powerful than others which cannot be removed by a simple procedure. Hence it is always considered best to consult an astrologer and perform the pooja under his advice.