If there are any unfavorable placements of planets in a birth chart, he/she suffers from Kundli dosha. There are different types of doshas with effective remedies for some as well. 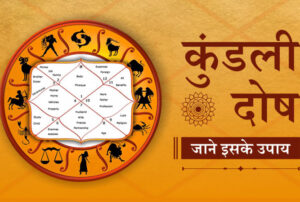 When someone has KAAL SARP DOSH in his horoscope, they may often see dead people in their dream, as their ancestors or recently passed away family members. They feel as if someone is trying to strangle them.

Those under the influence of KAAL SARP DOSH have a great fear of snakes and their loneliness. They may dream of being coiled by snakes. They may also suffer from aero acrobia – fear of heights as well as places.

As per Vedic Astrology, it is necessary to offer Shradh or Shradh Amavasya for those who suffer from Kaal Sarp Dosh to eliminate some of its effects.

According to Brahma Purana, the Yamraj grant freedom to the souls after every year, granting them the chance to eat the meal made by their children. But one who does not do the Shradh for their Pitras(father) is cursed with Pitra dosh.

Anyone suffering from Pitra dosh may have problems with their child- either mentally or physically. There might be issues between husband and wife relating to pity matters. They must not get any success in their financial condition and might be facing scarcity.

To get rid of the dosh, one should perform shradh on the day of their death with the utmost respect. One can also feed Brahmins, offering water to Pitra, etc.

To get rid of these, one follows these remedies. Mahamrityunjaya mantra Japa, presenting Swarna-Nadi, grains, cloth, and cow to the brahmin for Nadi dosha remedies. Girl having a Nadi dosha is also married to Vishnu before the actual marriage. It is considered as a Nadi dosha cancellation as a cow is the Bahan of Lord Vishnu.

Some remedies to cancel some effects-

Chandal Yoga Nivaran Pooja will reduce malefic aspects and increase the benefits of Jupiter, Rahu or Ketu. One can wear 11 Mukhirudraksha mala, which will help in improving health.

MangalDosha is the most popular Dosha in Vedic astrology. It comes to the effect when the native considers getting married. ManglikDosha is due to the fiery nature of the Planet Mars -it is present in the 12th, 2nd, 8th, 7th, 4th, or 1st house in the horoscope. Mars can become more malefic when placed with other inauspicious planets in these houses. A native who has this ManglikDosha is a Manglik. The presence of Mangal in different planetary positions results in problems. 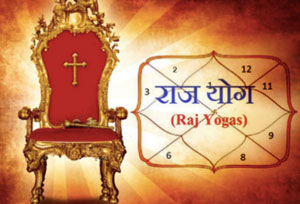 Raj Yog grants the fortune similar to a king to those who possess this yog in his Kundli (birth-chart). Everyone wants a comfortable life, but satisfaction is not the fate of in equal amounts.

In Vedic Astrology, we can evaluate a person’s joy and sorrow by the placements of planets and yogas in his or her Kundli. Raj yoga in astrological terminology means a yoga that provides happiness as a king has.

Rahu, if placed in the 7th house of the native can cause stress and disappointment in their lives. They lack the required courage and confidence in life. In Vedic astrology, Rahu falls under the inauspicious category, and it has its effects on other planets. Some of the remedies of Rahu dosha are-