What is Vedic Astrology ? is astrology a science or superstition?

Vedas are considered to be the oldest term of human civilization. These are Arya veda. Veda is the stream of knowledge. Which is known as a philosophy of life. The Vedas have been propagated for the welfare of the living beings. This knowledge has existed since the time of Sasthi’s rise. The sages received this knowledge from God the Supreme Father and compiled it. Therefore, it is believed that no one has written the Vedas but it is divine knowledge that has appeared. Knowledge of Vedas is considered to be eternal. Vedas are beyond tomorrow. These vedas contain knowledge of every area of ​​life. According to Vedas, all the activities related to daily life, including medicine, medicine, scripture, fine arts, astrology, architecture, are inappropriate for humans. 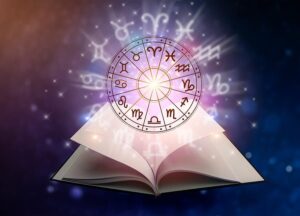 Astrology meaning is the eye of the Vedas. In astrology, there is an important method of telling the fruits about the future and working accordingly.

Religion was very important in social life in Vedic Yesterday; Dharmapalan was considered important by earning.

There were continuous yagna tasks and rituals. For these works, knowledge of Muhurt, Shubha Shubh etc. Developed from Vedic tomorrow. The astrology developed in the Vedic period is called Vedic astrology or Vedanta astrology.

Experts who know about Vedas to use their knowledge in public welfare. The Vedas are four and are named Rigveda, Samaveda, Yajurveda and Atharvaveda. The Upvedas of these four Vedas are Ayurveda, Dhanuveda, Gandveda, and Architectural Veda, respectively. The six appendages of the Vedas are education, kalpa, grammar, nirukta, chhanda and astrology. The Puranas are also called the fifth Vedas. Knowledge, method, and dimensions of astrology are found in every Vedas and Puranas.

This rigveda is the oldest among the four Vedas. The first use of astrology is also found in the sources of this Veda. Its composition period is about 4000 years BC. There is a collection of locos in the Rigveda. Mantras for the worship of various god are written in the form of locos. In that yesterday, the god were invoked only with mantras. Each mantra is included in a verse. All the compositions of Vedas have been done in Vedic Sanskrit. In Vedic Sanskrit, verses are given with the words indicating their ascension and other sounds. In the recitation of mantras written in this manner, the ascension of the sound of voice is with habitat. In the recitation of the mantras written in this way, the ascension of the sound of the voice is with the habitat. In this way, even on continuous reading, one’s breath speed is normal. There are puffs in each mandal. Sukta has been said to those specific mantras by which the god are invoked. Each is a separate sukta for the god. A sage has composed every sukta. This cover is removed by reciting Sukta in the prescribed manner. And the person’s consciousness is interviewed by the god. The foremost sages of the Rigveda are Agastya, Gotama, Kashyapa, and Angiras. The principal gods of the Rigveda are Agni, Aditi, Aditya, Indra, Usha, Soma, Rudra, Pusha, Varuna, Vayu, etc.

The Upveda of the Rigveda is Ayurveda. Lord Dhanvantari is the creator of Ayurveda. Ayurveda is a complete medical science. There is a detailed mention of herbs and medicinal plants. According to the disease, information about the medicine and its quantity is given in it. The daily routine of human beings is also said to be healthy and always healthy. In all months of year, what kind of diet is appropriate and which is prohibited, it has been explained in great detail. Ayurveda knows disease prevention, but special attention has been given to the fact that the diet of a human being is such that he should always stay away from the disease.

Surgery is also mentioned in the ancient veda of Ayurveda. Acharyas who study Ayurveda thoroughly are said to be legitimate. At present, the inclination of the whole world is increasing towards Ayurvedic medicines. Some Rishis and Acharyas acquired knowledge of Ayurveda from Dhanvantari. Apart from this, Ashwini Kumar should be called the lawful of the gods. The main granth of Ayurveda are Madhavanidan, Bhavaprakash Nighantu, Charak Sahinta, Sarangadhar Sahinta, Vagbhata Sahinta, etc.

Yajurveda mentions different types of yagyas. This is a religious rite where a yagya is organized for a particular result. All the mantras of Yagya, Havan, and rituals are in Yajurveda. Havan is a part of the Yagya in which sacrifices are offered in the fire. There are various sacrifices for different goals. In the texts of ancient times, it was necessary to perform Ashwamedha Yagya. There is a description of Ashwamedha Yagya performed by Shri Ram in Ramayana. Similarly, the yagna performed with the desire of getting a son is called the Putrakameshti Yagya. Yagyas are also performed for rain. Yagya of public welfare is also done in a good way.

In ancient times, before going on a military expedition, the king used to perform a yagya for victory. Brahmins used to perform Yagya Karma. These Brahmins were called Acharyas. The law of each sacrificial fire was different. The shape of the Yajnivedi or Havan Kunda was also according to the Prateek Yagya. In this way, the god were invoked with the mantras of Yajurveda for the accomplishment of specific tasks.

The foremost sages of Yajurveda are Vashist, Atri, Vishwamitra, Jamadagni, Yagnavalkya, and Dlavya. The principal god of the Yajurveda are Savita, Varuna, Vayu, Agni, Chandra, and Jal.

In this Veda, there is a description of all types of mantras, creations, and methods of the painting of Sukto. Mantras are sung in some way according to the verses, and detailed information is given in the Samaveda. Each verse has a different method of singing. The time for reciting mantras is also fixed. The rituals of morning, afternoon, and evening worship are said to be different. Trikala Sandhya is performed for the worship of these three times. Even today many Brahmins duly perform Trikala Evening. The effect of worship performed at different times also varies.

In the Samaveda, the process of all rituals, actions, routine work, special worship and the way to perform every type of work is designed. The laws of all the sacraments are described in detail. The Samveda describes the way of life of the Aryan culture. In the present time, many Brahmins perform poojas and all other rituals. They are called purohits.

The Arthaveda contains a compilation of rules of life and society. It is a kind of nightmare. What is the religion and justice of every person, and what is immorality? It is given in detail in the Arthaveda. The work area and duties of the king and subjects are mentioned. What responsibilities does a ruler have towards his subjects? What should he do for the happiness, prosperity, and protection of his subjects? All this description is given in the Arthaveda.

A citizen’s duty and responsibility towards his family and nation and his authority are described in a Veda. The mutual behavior of the ruler and the subjects is also very well understood. What is the credit of a person’s credit, the credit of a guru, the glory of a god, and whom and how to do the activities of these livelihoods, agriculture, business, ordnance life, seva karma, and how to do it is in the Arthaveda? In this way, the art of living life has been taught in the Arthaveda.