Divorce is not an option 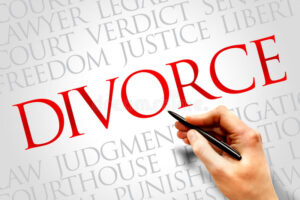 It is usually simpler to avoid divorce than it is to obtain one. Young people in India, on the other hand, would be against it. In India, we see an increase in the number of young couples becoming less tolerant and putting less effort into their marriages. When their spouse’s expectations are not fulfilled, and their life as planned falls apart, the word “divorce” begins to sneak into their minds. When emotions are rough, logical ideas about avoiding divorce seem like fairy tale remedies. However, there are a few remedies and methods that may help your on-the-edge marriage.

Finding the fundamental cause, focusing on the disputed issue, and discussing the matter to find an acceptable solution are all part of effective communication. Most Indian couples are quickly stricken by conflicting concerns in their lives, which they do not resolve and instead blame one other. The majority of couples in urban India come from various family cultures. Even worse than disputing who is right is imposing your cultural and familial beliefs and expecting your spouse to follow your system entirely. Rather than discussing which one to choose, the key is to combine and establish common ground as a couple.

Divorce is not an option

Divorce is a genuine difficulty in that it is not a solution since the challenges that arise after the divorce do not go away. There is a high possibility the divorce may exacerbate existing issues. If you are unhappy in your married life and believe that divorce would make you more comfortable, you are mistaken. You have probably blamed your partner for your marriage’s troubles and failures, but life would be a lot simpler if it were just one person’s fault. Blaming others for your marital issues and attempting to change your spouse rather than focusing on yourself may seem to be a handy method to relieve tension, but it causes long-term suffering. It just seems to be a simple matter of walking away.

Once you are divorced and find another partner, it is not sure your marriage will be a happy one. It is upto the individual whether they want to accept the partner or not. Trying hard to save the first marriage will be a good deed. So, marriage is not an option. Try to fix the marriage if possible.

So many married couples fall into a cycle of clamming up about the issue, withdrawing from one another, dwelling too much on the violation, keeping a grudge, allowing hatred to develop, and eventually leading to a cold war and severe disillusionment when hurt occurs in their marriage. If you’ve been wounded by something your spouse said or didn’t say or something your spouse did or didn’t do, you need to speak about it to preserve your marriage.

When you are wounded, negative emotions frequently accompany you. These emotions may be accompanied by opposing ideas. The pain may continue to develop if you do not speak about what is inside you. 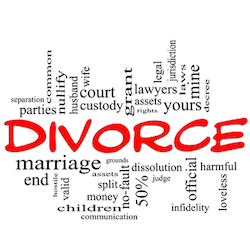 Many individuals believe that changing partnerships are a part of this contemporary tendency. Divorce is seen as a means for partners to break free from their daily routine. Unfortunately, since obtaining a divorce has become so simple, individuals rush to marry and then call their attorneys to start divorce procedures. Resolving marital issues is to ensure that you have diversity and interest in other aspects of your life and that you avoid thinking of your partnership as simply another device in your possession. Sometimes, astrology also plays a very vital role in such situations. Irritated person or violent person which was not the case at first can be the position of stars and other factors which compelled them to act in such a way.

It’s critical to recognize that divorce has a negative aspect, and it’s much more challenging to overcome than summoning the fortitude to preserve what ought to be saved. Remember how such factors can also be responsible